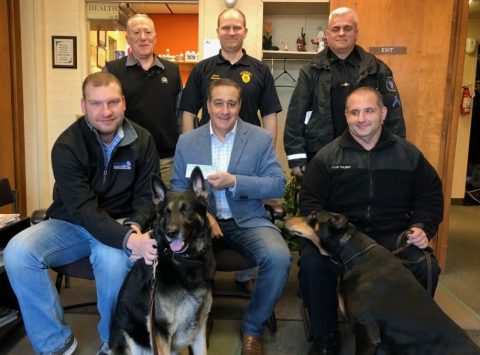 The City sends many thanks to Dr. Gene DeMinico for the extremely generous donation to our City Police K-9 unit fund. Each year, Dr. DeMinico holds a basketball tournament in memory of his late son, Eugene II, a local police officer and military veteran whose life was cut tragically short. The tournament raises funds for our K-9 unit and the Pittston Township unit. We salute the DeMinico family for keeping Eugene’s memory alive in such a special way!