Life safety for the residents and visitors of the City is coordinated by the City’s Fire Department. The Fire Department is led by Fire Chief James Rooney, and provides fire suppression, fire prevention, and “quick response” emergency medical services. All services are provided from the Fire Department’s Headquarters, located in the City’s downtown at 20-22 Kennedy Street.

The Pittston Fire Department is staffed utilizing a combination of career and volunteer firefighters. Currently, there are seven full time firefighters, supplemented by a staff of fifteen part time firefighters. Minimum shift staffing consists of two firefighters. In addition to the on-duty staff, the City is fortunate to have two volunteer companies, the Eagle Hose Company, No. 1 and the Niagara Engine Company, No. 2. These companies are steeped in tradition, and have served the City for over a century. The volunteer companies are also based out of Fire Headquarters. These dedicated volunteers provide the majority of the City’s firefighting staff.

Also recently promoted was career firefighter Michael Chernouskas to the position of Captain at the May 15th city council meeting:

The Pittston City Fire Department currently operates a fleet of four pieces of apparatus. Engine No. 1 is the City’s principal fire fighting vehicle. It is a “rescue engine,” and carries a full complement of rescue gear. Engine No. 2 is the City’s secondary fire fighting vehicle, and it is also used to provide quick response emergency medical care, and to assist the City’s Ambulance service during periods of high call volume. The City also operates a 100 foot aerial truck device, Tower 1. In addition to this equipment, the fire department maintains a utility vehicle and a fire safety trailer, which is used to assist with fire prevention programs.

For more information regarding the Fire Department, contact Fire Headquarters at 570-655-6663. 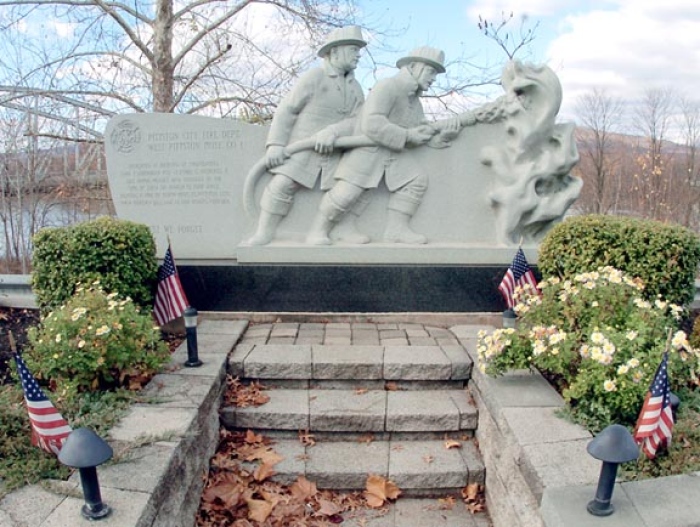