Today the NAT visited Tompkins Street in the Oregon Section of the City. During the sweep, the Code Enforcement department issued violations and notices to 27 different properties. The most common violations were for high grass and weeds, broken windows, deteriorated porches, damaged siding and roof issues. Rental inspections were also scheduled and several violations were found that will be corrected. The Police Department tagged three abandoned vehicles, discovered the illegal use of a handicapped parking sign and ordered the removal of the sign by the City’s DPW.

Additionally, the Code Enforcement Department coordinated with a private owner and utility companies for the demolition of two long vacant and blighted properties.

The City plans to conduct additional NAT sweeps in the immediate future in different locations throughout the City. 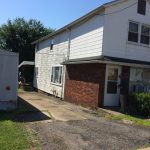 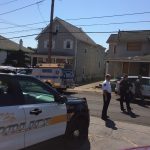