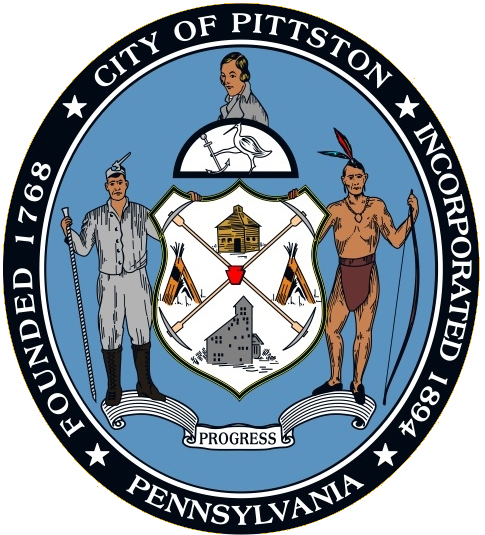 About the Seal of the City of Pittston

Lord William Pitt the Elder, Prime Minister of Great Britain for whom the City of Pittston is named; underneath Lord Pitt is a portion of the Pitt Family Coat of Arms (pelican and anchor)

Right: A Native American holding a bow, representing the original inhabitants of the area of the city

Center: A Keystone, the symbol of the Commonwealth of Pennsylvania

Top: The blockhouse of Fort Pittston, a Revolutionary War era defense for the colonial era settlers of Pittston

Banner:  “Progress” is the City’s motto