The Pittston City Streets and Sanitation Department was established by ordinance on August 21, 1896.  Today, the Streets and Santiation Department is a full-time professional municipal public works department. The Street Department provides weekly residential garbage, recycling and yard waste collection and is also responsible for the maintenance of all city streets, city parks, and public property.

Regular operating hours are Monday through Friday 7am to 3pm.

During 2020-2021 the city undertook and completed replacement of a more than 150 year old underground stone sewer culvert along Panama Street that  was in poor condition. This large 54 inch sewer main services hundreds of units as well as serves as a major pathway for sewerage and stormwater from other areas.   The project ultimately cost over $1.2 million and included replacement of the failed stone culvert with modern plastic sewer pipe; removal of large trees that had infiltrated and damaged the sewer system; installation of new modern manholes and street drains, new curbing and sidewalks; and repaving of the roadway.  PA American Water Company also upgraded the water main during the project.  The Panama Street project also included installation of street drains and repaving of Quinnan’s Alley, a small roadway connecting Parsonage Street and upper Panama Street. This project was  funded from a Commonwealth of Pennsylvania Small Water and Sewer Grant awarded to the city in a competitive application process; Federal Community Development Block Grant Funds administered by the City of Pittston Redevelopment Authority; and by the City of Pittston Sewer Maintenance Fund which is funded through the city’s annual sewer maintenance fee. 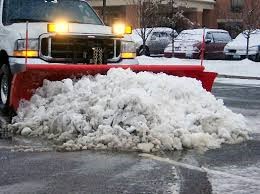 NEW RECYCLING CALENDARS: 2022 City Recycling, Refuse and Yard Waste Collection Calendars are available at City Hall or click the above link to see the calendar.

The Facilities Department maintains parks and playgrounds throughout the city.

For information on our parks and playgrounds, click here.

ROAD-PAVING  IN  THE CITY OF PITTSTON: During the last 7 years the city has seen a considerable amount of road repaving completed in both the downtown business district and on residential roadways. Several million dollars have been expended on these improvements that include:

In 2019, paving bids came in above the budget and the decision was made to hold off for better prices, and road-paving resumed in 2020, with the following streets being repaved:  Searle Street; Laurel Street; Grandview Drive; Rear Tunnel Street; Halford Alley; and Carroll Street from Hunter to Radcliffe Streets.

In 2017, due to costs incurred in the March 2017 record-setting blizzard, no streets were paved.

Residents may now include grass clippings with yard waste. Yard waste must be in open containers at the curbside.  No dirt or rocks can be collected. Branches must be cut to not longer than 4 feet and bundled. Please follow the Recycling Calendar for yard waste collection dates.  Thank you!

The Street Department is in the process of installing new street name signs at all street intersections in town.  The project will take several months to complete, so please be patient if you see signs going up but your street has not been done yet.